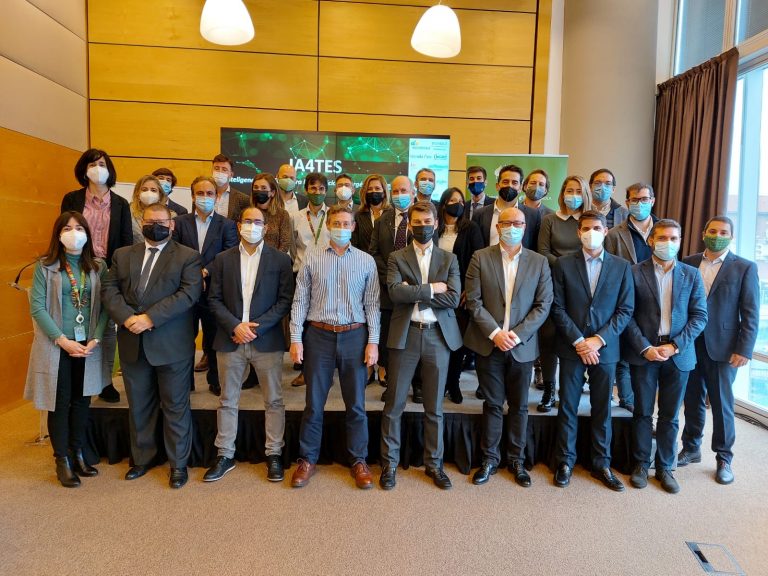 The researchers Santiago Mazuelas (BCAM – Ikerbasque), Vincenzo Nava (BCAM-Tecnalia) and David Pardo (BCAM – UPV/EHU – Ikerbasque) will be part of the project together with seventeen other entities

The Artificial Intelligence for Sustainable Energy Transition (IA4TES) project will officially start in January 2022. The first consortium meeting was held on 25 November 2021 and is led by Iberdrola. The project has been selected third out of a total of five awarded in Spain, with a score of 63 points and a total grant of more than 12.5 million euros.

The project involves 2 leading national companies, Iberdrola, in the area of energy, and Indra-Minsait in the area of digitalisation, with a specialised area in Artificial Intelligence. On the other hand, 9 SMEs with experience in AI, the energy sector or other sectors, but whose developments can be exported to research in the different technologies identified, such as Ariadna Grid, Balantia, Baobab soluciones, Barbara, Bedrock, Efficiency program, Fexidao, RatedPower, Singlar Innovation, Stemy energy and Lokinn, also take part in the project. In addition, 4 research entities will participate, such as Tecnalia, the Institute of Knowledge Engineering, Vicomtech and the  Basque Center for Applied Mathematics-BCAM, where researchers Santiago Mazuelas (BCAM-Ikerbasque), Vincenzo Nava (BCAM-Tecnalia) and David Pardo (BCAM-UPV/EHU-Ikerbasque) are involved. Finally, the consortium also includes 3 universities, the University of Granada, the University of Salamanca and the Polytechnic University of Madrid, and more than 60 use cases.

The proposal includes research into the solutions that can be provided by the different Artificial Intelligence technologies to the electricity sector, thinking about the new paradigm of the electricity system, with a mostly renewable production, a mixture of centralised and distributed; with a digitalised and automated, optimised grid, capable of providing bidirectional services to all types of users and interlocutors; with new services that facilitate the autonomous participation of users in new electricity consumption models; and with an optimised design of the different markets and innovative elements, such as energy storage, so that the whole guarantees efficiency, a system free of greenhouse gas emissions and, therefore, the sustainability of the energy model.