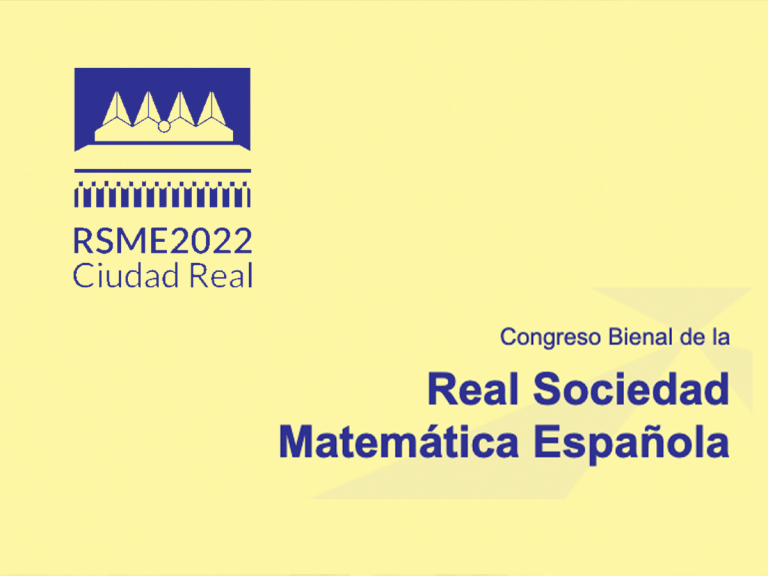 Basque Center for Applied Mathematics – BCAM has been present at the Biennial Congress of the Spanish Royal Mathematical Society (Real Sociedad Matemática Española – RSME) held between 17 and 21 January 2022 at the University of Castilla – La Macha in Ciudad Real. The event, which has returned after having to be suspended last year, was held with the aim of learning about the latest advances in research in different areas of mathematics and to create collaborative links.

Among the 13 plenary lectures given by renowned national and international mathematicians was Singularities, contact loci and Floer Homology and the Zariski multiplicity conjecture talk given by Javier Fernández de Bobadilla, Ikerbasque Professor and leader of the Singularity Theory and Algebraic Geometry group at BCAM, who comments that the scientific quality of the event was very high. “It was finally possible to hold it in person, and this is very positive for the community,” he adds.

Another plenary talk was The Calderón problem for local and nonlocal Schrôdinger equations by María Ángeles García-Ferrero, Potsdoctoral Juan de la Cierva. In addition, she has also participated as a speaker in the special session Orthogonal polynomials, special functions and applications and has organised the session Inverse problems for partial differential equations: from analysis to applications together with Pedro Caro, Ikerbasque researcher at BCAM.

On the other hand, it is worth mentioning the presence of the recently appointed member of the RSME Governing Board Luz Roncal, Ikerbasque and Ramón y Caja researcher at BCAM, who has been a member of the scientific committee of the congress and speaker in the session Recent trends in the analysis of non-local and non-linear equations. “I share Javier’s opinion about the quality of the talks”, says Roncal, “and the importance of being able to hold the conference in person, as it is one of the main meeting points for the Spanish mathematical community”, she explains.

The Spanish Royal Mathematical Society – RSME, founded in 1911, is a scientific society whose aim is the promotion and dissemination of Mathematics and its applications, and the encouragement of its research and teaching at all educational levels.