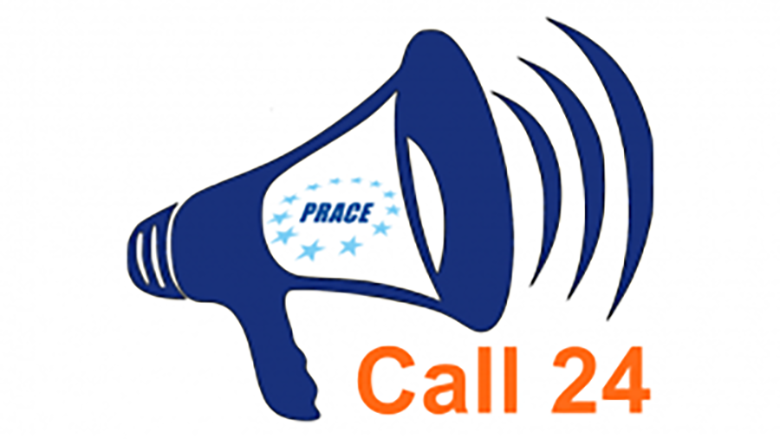 The principal investigator Margarida Moragues, Marie-Curie Postdoctoral Fellow, and a team of seven other researchers obtained the PRACE Project Access Award in its 24th call for the project High-fidelity simulations of isolated and installed jets using a high-order discontinuous Galerkin method. The 31 million hours on the JUWELS supercomputer at the German Jülich Supercomputing Centre (JSC) will make an important contribution to achieving the scientific objectives of the group.

The awarded PRACE project involves the numerical simulation of aircraft jet noise, which is the noise generated by the turbulent jet behind aircraft engines. Reducing noise levels is one of the key objectives for a sustainable future of aviation. Numerical simulations of jet noise, based on computational fluid dynamics, are an important predictive tool for both the aviation industry and the scientific community. The project will perform compressible flow simulations, which compute the spatial and temporal evolution of the turbulent jet, including acoustic scales. This is considered the most reliable approach to predict jet noise within the area of computational aeroacoustics.

This is a very competitive call. It is the second time that Margarida Moragues and her team have applied and the first time that her supervisor Prof. Spencer Sherwin at BCAM – Imperial Collegue of London, with an extensive research career, has won such a call. The team includes Prof. Spencer Sherwin, Dr. Chris Cantwell, Dr. Daniel Lindblad, and Dr. João Isler from Imperial College London, Dr. Jack Lawewnce from the University of Southampton, Dr. Anderson Proença from Cranfield University and Prof. Simone Marras from the New Jersey Institute of Technology.

On this occasion we spoke with principal investigator Margarida Moragues, Marie Sklowdoska-Curie Action Individual Fellowship Researcher, about how she received the news and what this award will mean for her Marie-Curie project.

In this story, we didn’t get immediately what we were looking for but quickly and firmly advanced step by step till our success. This was the second consecutive time that we applied to the PRACE call for Project Access. The first time that we applied one year ago the goals of our project on jet noise simulations were already clear. But the project was in an early stage of maturity and the proposal didn’t succeed. After that, we obtained an allocation of 3.5 million core hours from the Red Española de Supercomputación (RES) for the Marenostrum supercomputer at the Barcelona Supercomputing Center. This was enough to obtain our first simulation results of the nozzle on a coarse mesh. We were happy to see that the aerodynamic field on those preliminar results showed good agreement with the experimental data. This certainly gave us further credibility when we applied to the PRACE Project Access for the second time. This time our proposal obtained the maximum score from the scientific reviewers.

We were extremely happy when we got to know that we had succeeded this time since this meant that our project goals were feasible. Moreover, at that time we were totally prepared to start using the allocated computing time, so everything was ready to go!

Before submitting our proposal, we tested the scalability and performance of our code, Nektar++, on three different supercomputers of the PRACE Tier-0 list in order to enlarge our chances of success. Based on the observed performance and the targeted simulations we estimated the total required core hours for our project. We have been allocated almost the totality of the core hours that we required in the proposal. In particular, we have been allocated 31 million core hours at Juwels supercomputer from the Juelich Supercomputing Center in Germany. The duration of the project is one year and the core hours consumption must be equally balanced all along the project. For this reason, the fact that we were totally prepared to start running our simulations was very important.

The impact of the allocated computing time on our project is huge. In this project we aim at simulating jet noise at high Reynolds numbers, which means for highly turbulent jets. Our goal is to predict acoustic frequencies that correspond to a Strouhal number up to 10 for an isolated jet, and Strouhal number up to 5 for an installed jet. This represents a wide spectrum of aerodynamic and aeroacoustic scales to be solved which translates into a very high computational cost. Today, only a PRACE Project Access allocation can afford such a computational cost. In other words, our goals could not be accomplished without such an allocation.

Our goals represent a breakthrough in the field of computational aeroacoustics since most studies to date are limited to Strouhal numbers of 3 to 6 for an isolated jet. Although computationally expensive, increasing the highest predicted Strouhal number meets one of the most relevant industrial goals in this field today, since it is important for noise certification and assessment of noise reduction technologies.

Within a year more or less, our simulation plan for this PRACE Project Access will be completed and the corresponding analysis and validation of the results will be done. Then, we would have further insight on the potential of high-order discontinuous Galerkin methods to predict jet noise at high Strouhal numbers. The conclusions of this study would certainly have a high impact in the field of computational aeroacoustics.

At the end of the PRACE Project Access allocation our main funding for this project will be close to completion, specifically, my MSCA individual fellowship and the European H2020 project DJINN that funds my colleagues at Imperial College. Reached that point, there will be several interesting aspects that could be studied with further detail, such as the resolution of the boundary layer at the nozzle exit and its impact on the predicted noise. This and other questions will be addressed or not depending on the existing funding at that time.