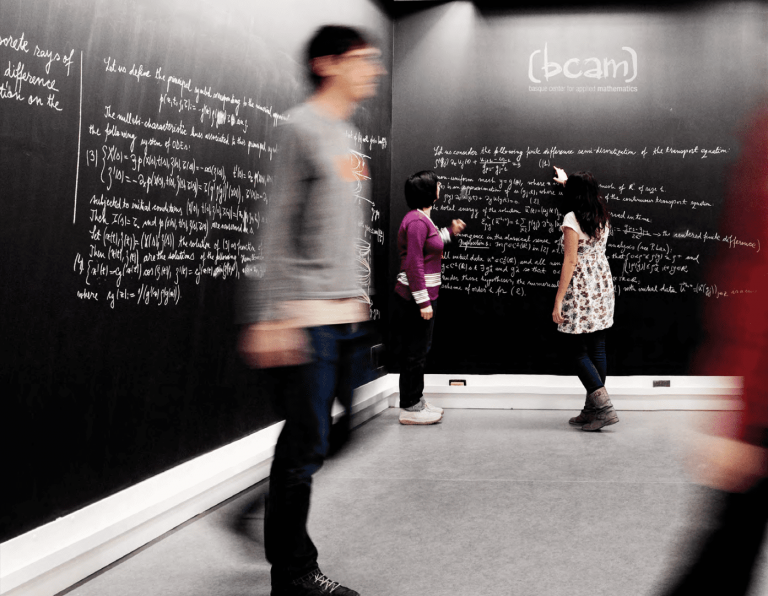 The Basque Center for Applied Mathematics – BCAM, which is part of the BERC (Basque Excellence Research Centres) network promoted by the Basque Government’s Department of Education, has been officially recognised as a “Severo Ochoa” centre of excellence by the State Research Agency, part of the Ministry of Science and Innovation, in the 2021 call for applications. It thus becomes the first Basque centre to receive this recognition for the third time and consecutively after having achieved its previous accreditations in the 2013 and 2017 calls.

This accreditation is the highest recognition for centres of excellence in Spain and is awarded after a rigorous evaluation process carried out by international scientific committees. Numerous high-level centres have competed for this distinction, which recognises the international relevance of the scientific research carried out and the global interest of the proposed work programme for the next four years.

The objectives of the Strategic Plan 2022-2025 are aligned with BCAM’s vision as: i) putting mathematics at the service of society, ii) a cutting-edge research environment with special attention to multidisciplinary disciplines, iii) a pole of attraction for talent, iv) a training school, v) connected to the world, vi) a centre for experimental and scientific computing, vii) a model of knowledge transfer, viii) promoting the image of mathematics. The Plan will be led by the research team of guarantors, with the collaboration of researchers linked to the Basque Foundation for Science, Ikerbasque, and the University of the Basque Country UPV/EHU and international researchers.

Luis Vega, Principal Investigator of the accreditation, assures that the success of BCAM is based on “the strong synergies between the lines of research and the commitment of the BCAM team” to work together towards a common scientific objective: to consolidate an interdisciplinary system capable of tackling the challenges of Mathematics in a broad way, uniting Mathematics, Engineering and Science.

José Antonio Lozano, Scientific Director of BCAM, is grateful for the involvement of all the staff during the fourteen years of the centre’s existence. With more than 150 researchers, an average age of less than 35 years and staff of 28 nationalities, BCAM is a young and dynamic centre that will continue working to bring Mathematics closer to society and obtain the highest scientific results. Thus, promoting the idea that Mathematics, and science in general, are two fundamental motors for the development of society. It also highlights the importance of the “firm and decisive support” of the Basque Government and the members of the BCAM Board of Directors -Ikerbasque, Innobasque, the Provincial Council of Bizkaia and UPV/EHU- as well as the collaboration of other centres and institutions in the surrounding area in obtaining this recognition.