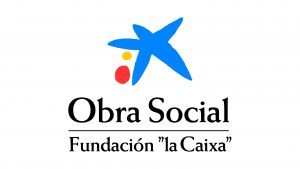 and Algebraic Geometry (STAG) group. His research interests will be mainly on the study of singularities from the algebraic point of view. He has been a researcher at the KTH Royal Institute of Technology (Sweden) and a postdoctoral student at the Stockholm University (Sweden) supervised by Boris Shapiro and at the University of Michigan (USA), where Smirnov has worked with Mel Hochster. 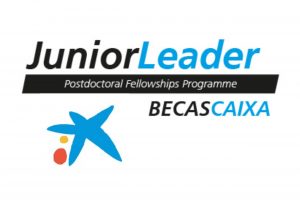 Some people indeed might be surprised to find a pure mathematician, like myself, at the centre for applied mathematics. The credit for my recruitment goes to Prof. Javier Fernández de Bobadilla, who is leading the Singularity Theory and Algebraic Geometry group at BCAM. Not surprisingly, my research is also focused on singularities, although from a different angle. This difference gives a potential to a good collaboration and a good opportunity for me to broaden my knowledge and network.

Indeed, I feel very lucky to be the only mathematician awarded this year. I am very excited about the opportunities given by the grant in my transition to a more senior role. At this stage, it will be very valuable to hire a postdoc for two years and I will also use the grant to establish and continue collaborations.

My project is motivated by a conjecture that was made by Christer Lech in the 1960s. Over the years, there were several approaches that were not strong enough to tackle the whole conjecture, but still powerful enough to yield partial results. I aim to return to and develop some of these ideas further since they now appear to be connected to other areas of interest.

Lech’s conjecture concerns the notion of multiplicity of a solution to a system of polynomial equations. This notion can be understood in the following way. If we plot each solution as a point in a multi-dimensional space of variables in our equations, then the solutions form a geometric shape. This is a further development of an idea that everyone encounters in school, for example, you probably learned at some point that the equation x2 + y2 = 1 represents a circle on the plane. 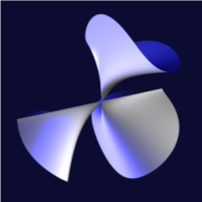 The resulting geometric object may not be smooth like a ball, it often has features such as self-intersection and folds. Multiplicity can be computed for each point on the object to give a number that measures the degree of “non-smoothness”, akin to the degree of a self-intersection of a curve. The multiplicity of a solution may change if we distort the geometric object. Lech’s conjecture asserts that under “mild” distortions the multiplicity cannot get smaller.

Several approaches to Lech’s conjecture attempted to find a different invariant, which will behave in the expected way and can be related to multiplicity. One of such invariants, which we name the Lech-Mumford slope, surprisingly appeared in a completely different context. David Mumford, a Fields medallist in Algebraic Geometry, used it to give a restriction on singularities that appear on deformations of non-singular shape, one example can be squeezing a letter O until it becomes 8, which now has a self-intersection singularity. Surprisingly, this invariant was overlooked, and I will work on further developing its theory.

My future group in BCAM is small, so my priority will be to keep close contact within the group and expand its activities, for example, by having more visitors and hiring a postdoc with the fellowship funds. Besides my future postdoc, I expect to work with the group leader, Fernandez de Bobadilla and I also hope to collaborate with the other members of the group. This semester the BCAM group in its entirety takes part in the program “Singularity Theory from Modern Perspectives” at CIRM in Luminy, France. I am looking forward to joining them there and being part of the many activities there, this looks like an excellent start!

Of course, it would be amazing if I find a collaboration in BCAM outside of my group, algebraic geometry now is finding more ways into applications, so perhaps this might be eventually feasible!