"If there had not been groups of theoretical mathematicians studying abstract objects, the technological development of today's society would still be several years behind" 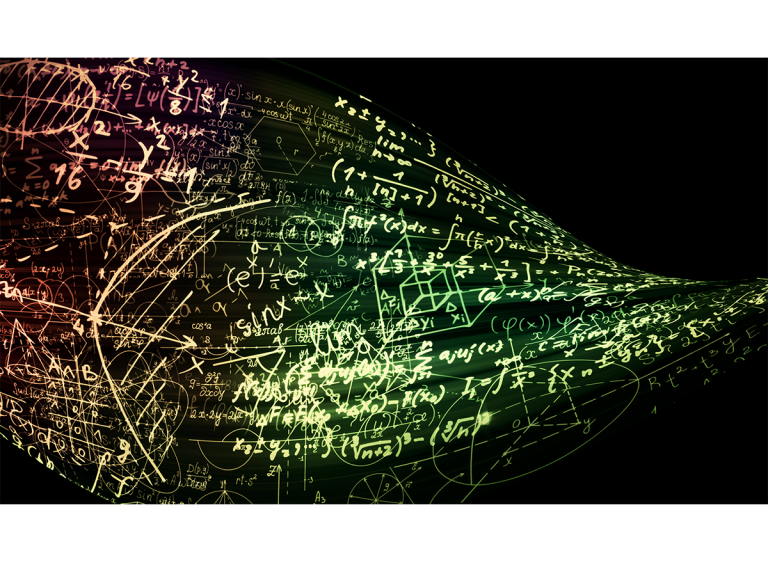 Dr. Luz Roncal and Prof. Carlos Pérez Moreno are the principal investigators of the project “Harmonic Analysis and Partial Differential Equations” (HAPDE) of the R+D+i 2020 – Modalities “Research Challenges” and “Knowledge Generation” of the State Research Agency.

The project “Harmonic Analysis and Partial Differential Equations” (HAPDE) aims to cover a wide spectrum of problems within Harmonic Analysis in Euclidean and non-Euclidean domains, looking for applications to partial differential equations. “Harmonic analysis or Fourier analysis studies the representation of functions or signals as superposition of basic waves or harmonics, and has fundamental applications in diverse fields such as image processing, spectroscopy, quantum mechanics or neuroscience,’ explain Dr. Luz Roncal and Prof. Carlos Pérez Moreno.

The project pursues several objectives: on the one hand, the study of the regularity of operators (maximal functions and singular integrals) in different measurement spaces and in different contexts. This knowledge makes it possible to determine the behaviour of solutions to equations that model real-life situations, such as the evolution of diseases or natural phenomena. On the other hand, the study of the uncertainty principles derived from the so-called “sphere packing conjecture”. An uncertainty principle establishes the impossibility for certain pairs of physical quantities to be known simultaneously and precisely. Its study has important implications, for example, in signal processing. The last objective is the study of the uniqueness of solution of equations that arise naturally in applications in fluid dynamics, anomalous transport and financial mathematics.

“The topics of the project are central to current research in harmonic analysis and have an abstract nature, being framed within pure theoretical mathematics. However, the practical consequences of the derived results are potentially important and essential for understanding real-life phenomena,” say the principal investigators of the HAPDE project.

Furthermore, they point out that “Like most research in the field of theoretical mathematics, we are not pursuing a concrete application. We are dedicated to building the foundations of scientific progress, so that when other more applied teams need tools to develop their research, these will be available because we studied and formalised them before. A canonical example could be given with wavelet bases, which are classical objects of harmonic analysis whose formal study began to be systematised in the early 20th century with no practical purpose. As it turns out, the applications that have been found for wavelets in recent years concern such everyday things as the improvement of electronic devices (mobile phones) or the fundamental advancement of medical diagnostic techniques (magnetic resonance imaging). In all likelihood, if there had not been groups of theoretical mathematicians studying abstract objects, the technological development of today’s society would still be several years behind”.

Dr. Luz Roncal and Prof. Carlos Pérez Moreno advocate that it is important to bear in mind that being an internationally leading group in the area of Harmonic Analysis brings benefits to the centre in particular and to mathematics in the Basque Country in general, “as it attracts the attention of qualified scientists who may be interested in collaborating with us, which benefits BCAM and therefore society as a whole”.

The news of having been selected for the R&D+i 2020 – “Research Challenges” and “Knowledge Generation” projects of the State Research Agency is very important for the principal investigators. “In Spain it is not usual for a research group in basic mathematics to get funding through industrial projects (for example) due to the intrinsic characteristics of our research. Our main sources of funding are essentially public research projects, one of them being the Research Agency. Therefore, obtaining this project is essential to continue our work,” they say.

As for future challenges, Dr. Roncal and Prof. Pérez Moreno explain that there are basically two, “first and foremost, to work towards the completion of the objectives set out in the project; secondly, to develop an open attitude towards changes and trends in the area. We have to be attentive to developments in other areas and to possible applications and interactions with more applied groups. In this sense, we would like to show ourselves as a group open to the other groups in BCAM, with a participative attitude and willingness for real collaborations.

About the principal investigators

Dr. Luz Roncal is a researcher at BCAM – Basque Center for Applied Mathematics since 2016 in the Analysis of Partial Differential Equations group within the Harmonic Analysis research line and in 2020 she obtained the Ramón y Cajal fellowship. Since 2019 she has been a researcher at Ikerbasque, and that same year she received the Young Female Scientific Talent Award, granted by the Foundation of the Spanish Academy of Sciences (FRACE) and Mastercard. She has recently been appointed research collaborator in the Department of Mathematics at the University of the Basque Country/Euskal Herriko Unibertsitatea – UPV/EHU. Previously, she worked as an Interim Lecturer in the Department of Mathematics and Computer Science at the University of La Rioja. In 2017 she was awarded one of the BBVA Foundation’s Leonardo Grants to support researchers and cultural creators with a highly innovative scientific, technological or cultural production.

Prof. Carlos Pérez Moreno is an Ikerbasque research professor at BCAM and at the University of the Basque Country/Euskal Herriko Unibertsitatea – UPV/EHU in the Harmonic Analysis research group since 2014, where he has been a distinguished researcher since 2020.  He has previously held the positions of Full Professor at the Universidad Autónoma de Madrid, and Professor of Mathematics in the area of Mathematical Analysis at the University of Seville. He is currently the President of the Andalusian Council for Research in Mathematics. He is also the guarantor of the BCAM Severo Ochoa projects SEV-2013-0323 and SEV-2017-2018 and the principal investigator of the Basque Government project “Fourier Analysis and Partial Differential Equations”. Prof. Pérez Moreno has extensive experience in supervising PhD students and postdoctoral researchers, and has written more than 80 research articles and has been cited more than 3,500 times.